Breaking News
Home / Worst Torture Methods: Including the Most Painful Ever

Worst Torture Methods: Including the Most Painful Ever 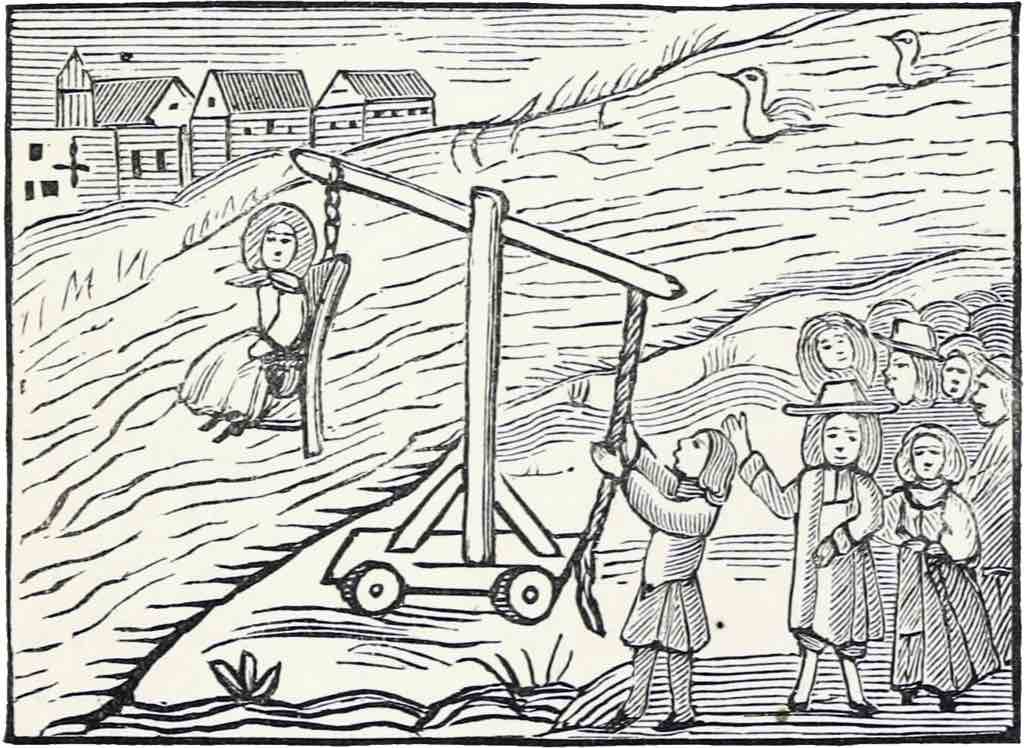 The worst torture methods are the ones that exploit mental and physical weaknesses, the ones that target the things that hurt the most, leaving the victim in absolute agony and making them wish they were dead, without actually killing them. Humans are not designed to withstand this sort of pain and suffering. That’s why torture is so cruel, so sickening, and reserved only for those extreme moments.

In this article on the Worst Torture Methods we’ll look at the most painful devices and methods, scouring the annals of history to find the ones that sicken us the most. We’ve already discussed the worst ways to die on this site and we’ve covered medieval torture before as well. But now we’re stepping it up a gear and going to an extreme that may stop us from getting any sleep tonight.

You have probably heard about a few horrifying torture methods before. The Iron Maiden, for instance, is a well known contraption that basically locked victims into a human-shaped metallic box lined with spikes. Scary, painful, but not real. It was never used as a torture device and was really just a showpiece invented later.

The Rack, however, was definitely real. This contraption would pull life and limb from victims. The sounds of their screams drowned out only by the sickening pop of cartilage and bone as joints were dislocated and limbs were broken.

But there were more. In a moment we’ll look at the three most painful torture methods ever, but let’s look at some of the other methods worthy of being described as the worst torture methods:

It sounds as sick as it is. Easily one of the worst torture methods and the most common, this involves removing the nails of the victim one by one. The same devious techniques are also used on teeth.

This is like Human Frae Gras, only the goal is to make you suffer and not to eat your fatty liver.

Can you feel that tendon below your hamstring? The one at the back of your knee that connects the upper leg to the lower leg? That’s known as the Hamstring Tendon, and this method basically incapacitates the victim by severing it.

We’ll leave this one to your imagination. And we can only apologize for the image it conjures up.

This was seen as a humiliation tactic, but it also really bloody hurt. The victim would be covered in hot tar, before being rolled around in feathers. Scalded, agonized and looking pretty damn stupid, this has been used to teach people a lesson throughout history. It’s a lesson we hope to never learn. 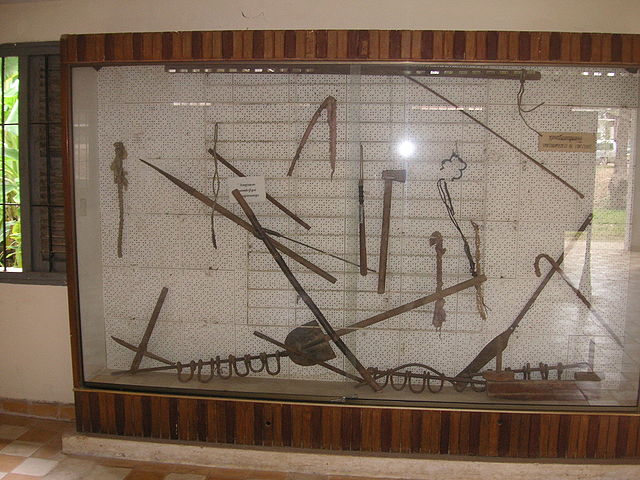 The most painful methods of torture are not easy to read about, but spare a thought for the poor souls who had to suffer through them. The next time you hear someone say “There’s nothing worse than a paper cut” you have our permission to describe—in great detail—the horrors below.

A painful torture method that was sickening in its simplicity, The Saw involved a long, double handled saw that was operated by two people and used to literally bisect someone. That “someone” would be hung from their ankles with their legs open so that the saw could be placed between them and then used to cut a horrifying line through their body.

To make matters worse (as if that’s possible) they would be hung in that way for some time beforehand, giving the blood time to rush to their head and upper body and making sure they didn’t bleed out and die quickly when the cutting started.

We’d like to tell you that the victim would still die quickly and that they wouldn’t feel much pain…but we’d be lying.

Another one from medieval times, the rat torture method began by strapping the victim to a table. A bottomless case containing a rat would then be placed over the victim’s abdomen or chest. A hot rock or other heating element would be placed on the top of the case, creating an intense heat that scared the rat into action and forced it to dig its way to freedom, straight through the victim’s flesh.

It’s bad enough imagining being clawed and bitten to death by a maniacal rat, but bear in mind that it would have taken a long time to bleed to death and the possibility of having a rat eat a passage through your internal organs was very real.

Vlad the Impaler was a Romanian warlord and a very disturbed individual. He was the man that the Dracula legend was based on, but his real life was much more disturbing than the fictional vampire.

Vlad got his moniker thanks to his method of torture. He—or rather his men—would take large logs, coating one end in animal grease and then pressing the other end into the ground. They would then force the victim onto the log, backside first, using the grease to give him a rather painful wooden enema.

At this point the log would still be horizontal, but once the victim was firmly fixed it would be propelled vertical. The weight would ensure it remained in that position while the poor victim, with his hands and legs tied, would gradually slide to his death. 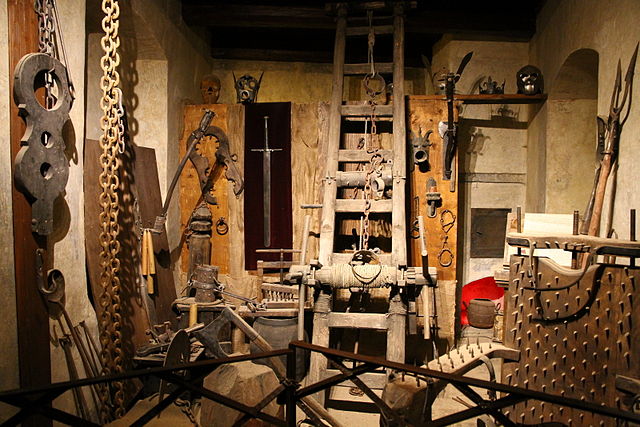 Finally, the one that tops this list of worst torture methods and deserves a segment of its own. You’ve probably heard of this one before, but you probably don’t know just how extreme and disturbing it was.

Our number 1 worst torture method is…

If you live in the UK, you will be familiar with this method, but probably in name only. It is a torture method that has worked its way into everyday language through the medium of idioms. But few people who hear it and even say it know just how disturbing it was.

Being hanged, drawn and quartered was a punishment reserved only for the worst crimes, which, in medieval England, was treason. It was thankfully abolished over 200 years ago, but it lasted long enough to strike fear into the hearts of many who dared go against the crown and it continues to stand as a sickening example of just how messed up humans can be.

It began with the victim being dragged to a placed of execution on a wooden frame. They were then hung, but they weren’t allowed the sweet release of death and the torture was only just beginning. They were taken down just before they breathed their last breath and then the “drawing” would begin.

They were disemboweled and if they were men, as many of them were, they are also castrated. At this point they were still alive, no doubt screaming in sheer terror as they were forced to watch their insides and their genitals burned in front of them. When they eventually passed away they would be “quartered”, whereby they body was hacked into four pieces and then placed at separate parts throughout the kingdom.

Those parts would serve as a warning for anyone who so much as thought about committing treason. But the act itself should have been more than enough to do that.

And if you think that’s bad, take a look at Really Old Torture Methods.