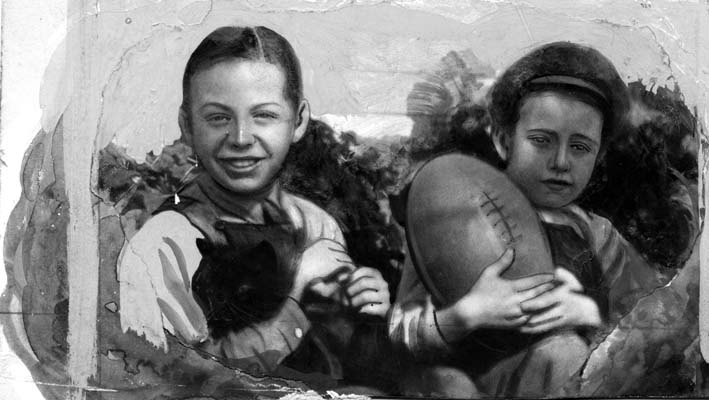 Wineville, California was a small farming town just outside Los Angeles. Named for its plentiful grape crops, Wineville was, by all accounts, a normal place. Farmers and ordinary families populated the area, and life was not unlike any other sleepy American town.

The Missing Boys in Wineville

Walter Collins disappeared on March 10, 1928. The boy was 9 years old, and had been given permission by his mother to attend a movie at the local cinema. The area was beginning to reap the rewards – and the population – of its proximity to Los Angeles, but it was by no means an unsafe place for a boy of his age to head out alone.

Walter Collins was the son of an inmate at Folsom State Prison. When the boy first vanished, his father accused former inmates for his disappearance, claiming it may have been an act of revenge. Collins Senior was a cafeteria worker, and would frequently “snitch” to authorities.

There were other disappearances at the time. Nelson and Lewis Winslow were reported missing. The only trace of the boys were odd notes to their mother. The first said they’d set off for Mexico. The second said that they would remain gone until they became famous. The boys were 12 and 10 years old.

A Hispanic boy’s headless body was found in February of 1928. Law enforcement didn’t connect the four disappearances until much later, when they began to question Gordon Stewart Northcott.

Gordon Stewart Northcott was a Canadian-born chicken farmer. He had a troubled past, and later revealed that his father had sodomized him at a young age. Perhaps to escape his family and the horrors he was subjected to, Northcott moved to California where he operated a profitable chicken farm.

But it wasn’t long before Gordon Stewart Northcott began to mix business with sadistic pleasures of his own.

In 1926, Northcott had, with the boy’s parents’ permission, brought his Canadian nephew to his ranch. Sanford Clark was 13 years old, and he was enlisted to help out around the farm. But it soon became apparent that Northcott was beating and molesting the boy.

In August of 1928, Clark’s sister visited the boy. She was concerned about him, as Sanford Clark had confided in his sister a fear of being killed by Northcott. Clark told his sister that four other boys had been killed on the ranch. Despite her concern, Jessie Clark returned home to Canada.

Jessie Clark, when she returned, reported her suspicions to the American consul. The consul wrote a letter to the LAPD, who then contacted immigration services. On August 31, 1928, immigration paid a visit to the Wineville Chicken farm and took Sanford Clark into custody.

Gordon Stewart Northcott saw the truck coming. He demanded that young Sanford Clark stall them, and Clark obliged, giving Northcott a two hour head start on the authorities. Once Clark felt that he could trust the authorities, he pointed them in the right direction.

Clark also reported to the authorities that a number of boys had been killed on the farm. He said that their bodies wouldn’t likely be found, as Northcott used quicklime to dispose of them. But Clark stated that the kidnapped victims had been beaten, abused and molested before they were killed. Clark also accused Northcott’s mother of assisting with the gruesome crimes.

There were no intact bodies on the site. However, three shallow graves were found. A total of 51 body parts were discovered, including fingers, bits of hair, and the bones of three boys. It was determined that the boys had in fact been molested, then shot in the head or bludgeoned with an axe.

There remained the mystery of the Hispanic boy’s body, but Sanford Clark was able to answer law enforcement’s questions. Clark stated that the boy had been decapitated, his head crushed then burned. The body was left at the side of the road because Northcott “had nowhere else to put it.”

The Trial of Gordon Stewart Northcott 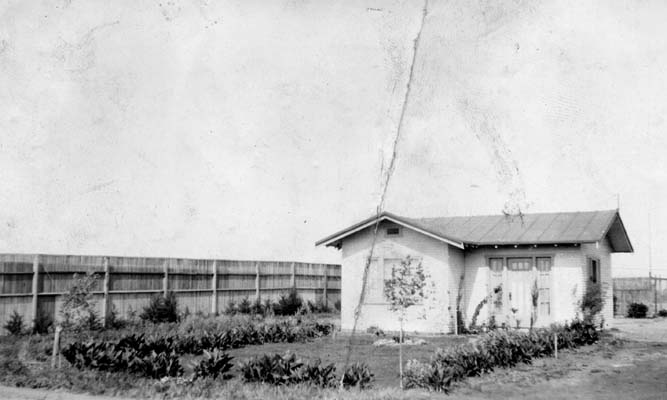 Gordon Stewart Northcott, along with his mother, were arrested for the deaths of four kidnapped male victims. Northcott’s mother pleaded guilty to the murder of Walter Collins. Spared as a woman, Sarah Louise Northcott was sentenced to life imprisonment. She was paroled after just 12 years, and died in 1944.

Northcott’s trial lasted 27 days, and concluded on February 8, 1929. Gordon Stewart Northcott was found guilty of the murders of three boys: an unidentified boy of Mexican ethnicity as well as of Lewis and Nelson Winslow. He was sentenced to death by hanging.

During his incarceration, Northcott changed his story countless times. Those who served time with him say that the murderer confessed to “18, 19 or maybe about 20” other Wineville chicken murder victims. At other times, he’d maintain his innocence and ask for parole hearings.

On October 2, 1930, Gordon Stewart Northcott was executed by hanging at San Quentin State Prison. He was 23 years old.

You may have heard of the Wineville Chicken Murders. The tragic events of the 1920s have been mentioned in pop culture, from The Changelings to American Horror Story.

But today there is no Wineville, California. In 1930, the city changed its name in an attempt to disassociate itself with the Wineville chicken murders. It’s now Mira Loma, a simplistic reference to the geography of the area.

Not all stories end badly. Sanford Clark recovered from the abuse he faced in Wineville. He went on to serve in the military, serving in World War II. He then continued working for the Canadian postal service. He married and adopted two sons, and died in 1991. He was 78 years old at the time of his death.