Breaking News
Home / How Did Pablo Escobar Die? The Life and Death of the Drug Lord

How Did Pablo Escobar Die? The Life and Death of the Drug Lord 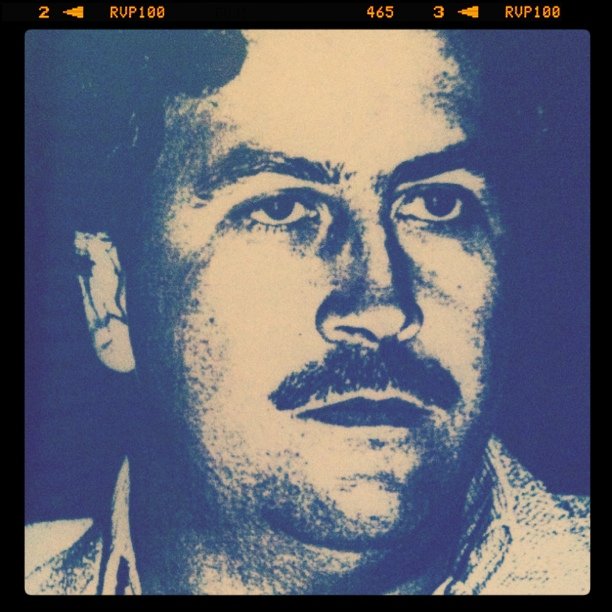 Pablo Escobar was one of the most ruthless – and wealthy – drug lords of all time. Born in 1949, the Colombian trafficker grew his drug empire to control 80% of the cocaine smuggled into the United States. His life was like a movie, but instead of starring on the big screen, Pablo Escobar starred on television news.

How did Pablo Escobar die? How did the Colombian drug lord ultimately meet his end? Read on to find out about the life, and the death, of Pablo Escobar.

Pablo Emilio Escobar Gaviria was born in Colombia in 1949. We know little of his early life, as it wasn’t until his teenage years that his criminal activity began. Prior to this he led, by all accounts, a normal life.

Pablo Escobar attended college for a short time. He eventually dropped out of the university, opting instead to steal gravestones and selling them to smugglers. The son of Pablo Escobar states that his father also smuggled and sold counterfeit high school diplomas.

The childhood dream of Pablo Escobar was to have $1 million by the age of 22. And, for better or worse, Escobar worked toward that goal. He engaged in petty street crimes, sold contraband cigarettes and counterfeit lottery tickets. He stole and sold cars in Colombia. In the early 1970s, Escobar was a thief and a bodyguard, and he eventually earned $100,000 as he kidnapped a Medellin executive.

But as he was committing these crimes, Escobar was also earning a reputation of a different sort. He became quite popular, making a name for himself by sponsoring charity projects and acting as a booster for soccer clubs.

In 1976, Pablo Escobar married a 15 year old girl, Maria Victoria Henao. Together they had two children, a son and a daughter. It was around that time that Pablo Escobar began his cocaine operation.

Around 1975, Pablo Escobar began to smuggle cocaine via airplane. On several occasions, he scheduled cocaine shipments on planes headed from Colombia to Panama, then ultimately into the United States. He later used his small fortune to buy 15 bigger planes, which were similarly scheduled.

It wasn’t long before law enforcement caught on to Pablo Escobar’s cocaine operation. In 1976, he was arrested for possession of 39 pounds of the drug. He struggled with the legal system for several months. The case was dropped after he ordered the murder of the two arresting officers.

Demand for cocaine in the United States was high, and Pablo Escobar took the opportunity to grow and expand his operation. Through bribery and assassination, Escobar rose to the height of his power, and was even named by Forbes Magazine as one of the wealthiest people in the world in 1989.

But even as he smuggled cocaine and killed innocent people, Pablo Escobar nurtured his reputation as a “Robin Hood.” The people of Medellin were particularly grateful to Escobar, as he was responsible for fundraising and charities, the advancement of sports teams and even construction of new homes. He distributed a portion of his fortune to the poor of Medellin, and even ran for local political offices.

How Many People Did Pablo Escobar Kill? 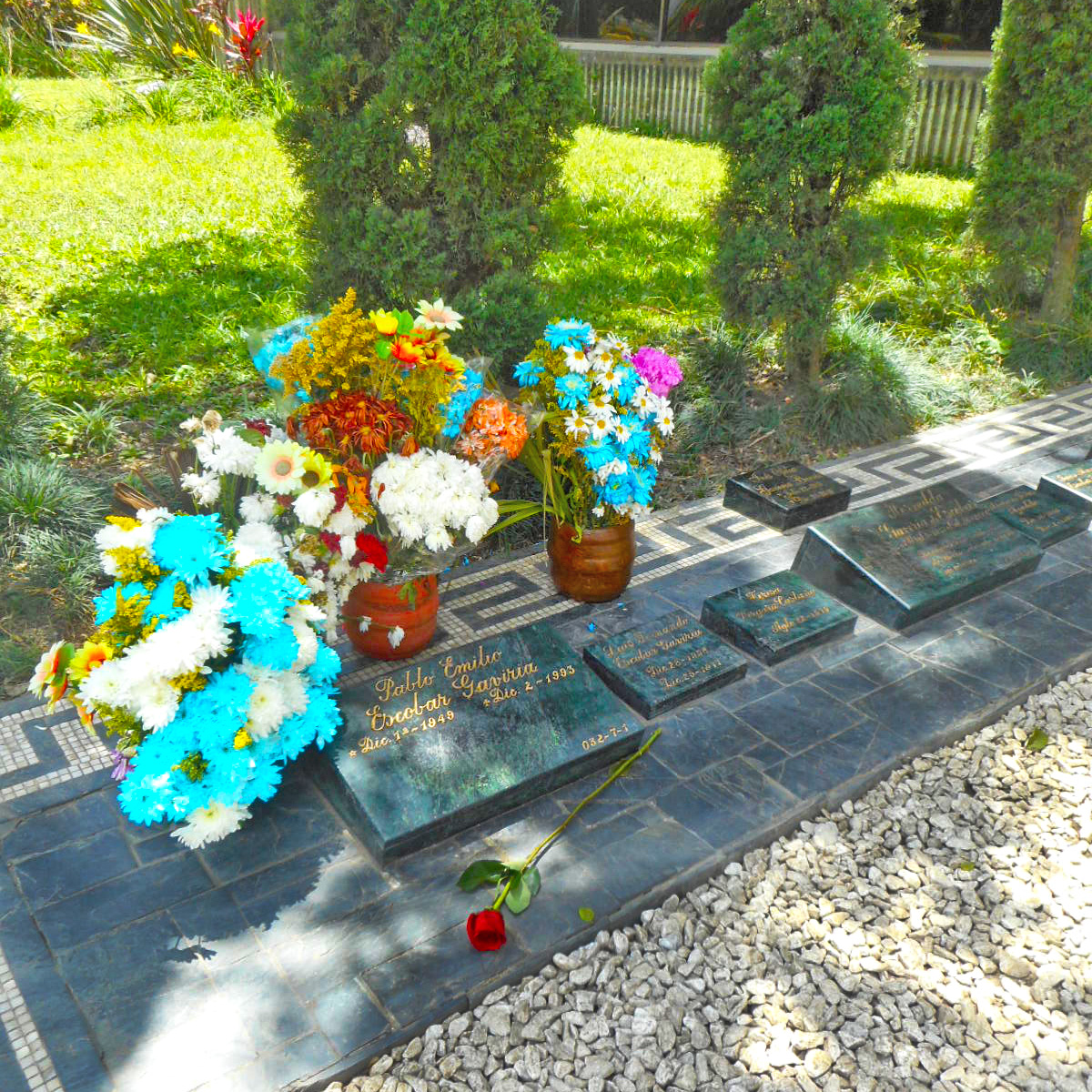 Over the course of his career, Pablo Escobar was directly responsible for the deaths of thousands of people. Most of those people were innocent. The height of his violence occurred when Escobar realized he had no chance of becoming the Colombian president.

One of the most infamous examples of the brutality of Pablo Escobar is the storming of the Supreme Court of Colombia. In 1985, guerillas stormed the palace of Justice and held all 25 of the justices hostage. Hundreds of civilians were held hostage that day as well. Eleven of the justices were killed.

Over 1,000 police officers died at the hands of Pablo Escobar, or by his command. He’s said to have bombed a Colombian jetliner in 1898, killing over 100 people. A former hitman of Pablo Escobar has since come public, starting a YouTube channel and claiming that he himself had killed over 3,000 people at the behest of Pablo Escobar.

It’s unknown the exact number of victims Pablo Escobar’s drug empire claimed. It is clear, however, that as Pablo Escobar’s cocaine career grew, the man became more violent. He stopped at nothing to earn his millions, in an attempt to secure his cartel’s power.

How Did Pablo Escobar Die?

In June of 1991, Pablo Escobar surrendered to Colombian authorities. Asa result, the threat of extradition was lifted. In other words, Pablo Escobar was gambling. As it would seem, that gamble paid off. Pablo Escobar was permitted to build his own prison, called La Catedral. The “prison” was guarded by his employees and bodyguards, and wasn’t the prison you’d expect a drug lord to be confined to. It boasted a casino, a spa and a nightclub.

The following year, authorities attempted to move Escobar to a more secure location, and it was then that he escaped. For 16 months, authorities searched for the Colombian drug lord. In December of 1993, law enforcement were able to track Escobar using radiotelephone transmissions. He had been hiding in a middle-class neighborhood in Medellin. 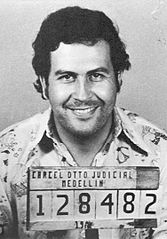 Both Colombians were killed in the shootout. Pablo Escobar suffered a gunshot wound to his torso and his leg. It was the bullet to his ear which killed him.

That final bullet has never been traced. We don’t know if the Colombian National Police fired the shot, or if it was Pablo Escobar himself. His family believes he committed suicide. Public records credit law enforcement.

Pablo Escobar died in a shootout in Medellin, Colombia on December 2, 1993. He was 44 years old at the time of his death. His death brought an end to a reign of terror and trafficking, but only until another ruthless drug lord took over the role.