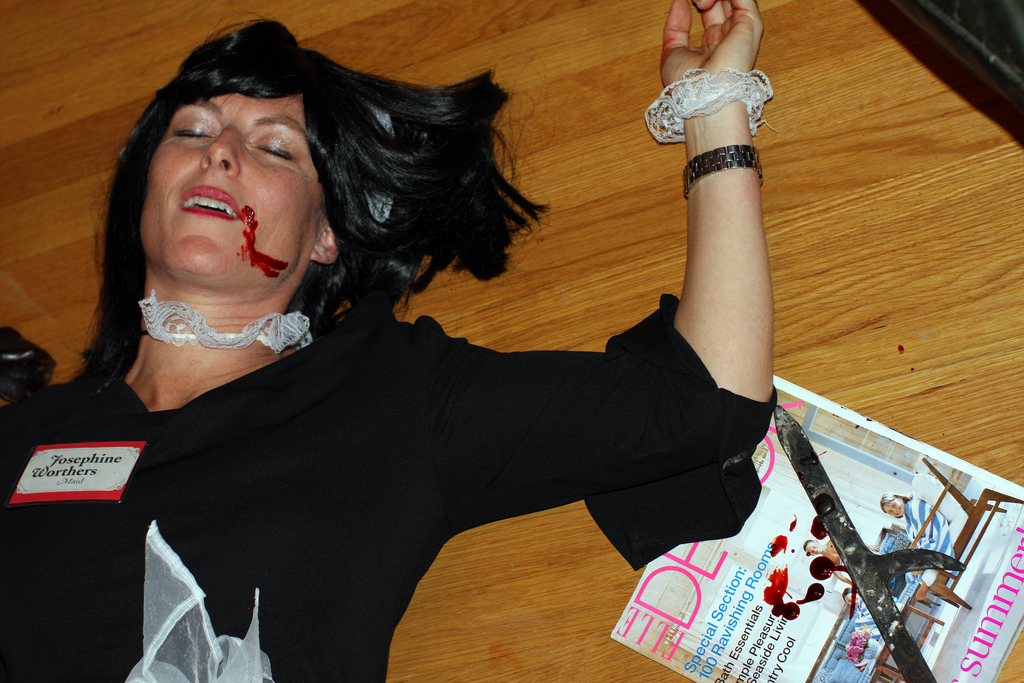 Do you think you’re clever enough to solve a “real” crime? Think you’ve got what it takes, but you’re not quite ready to join the CIA? A murder mystery dinner might be just the thing for you.

Murder mystery dinners are immersive experiences. They can range in length from just a dinner party to a full weekend, but in all cases, you are engaged with the actors.

Interested in learning more? Here’s what you need to know about murder mystery dinners.

What Can You Expect at a Murder Mystery Dinner?

When you reserve your night at one of these dinners, you can expect to be fully immersed in a storyline. You’ll be greeted and seated by actors in full costume, and you’ll likely be assigned a character role. If you’re not the type for public speaking, don’t you worry. You can always decline to participate. But trust us, it’ll be more fun if you do!

Once you’re explained the rules of the game, the show begins. In the first act, you’ll be introduced to the main characters. The scene will be set for you, and if the crime hasn’t “been committed” prior to the show, it will likely occur in act one.

It’s during the first act, also, that you’ll meet your teammates. Usually you’ll be assigned tasks to complete in collaboration with the diners around your table. Right after the first act, you’ll finally be served what you came for – dinner!

In the second act, more details of the crime will be laid out for you. Following the second act, you and your teammates will collaborate further, and will be expected to narrow down a list of suspects to just two or three. The third act, if all goes well, will provide you with enough clues to solve the mystery.

After the second act, you or your group will submit your guesses as to committed the crime. Dessert is served at this time, and as you munch on your Devil’s food cake, you’ll be presented with the real story. The actors will reveal both the method of the murder and the reason for the kill. 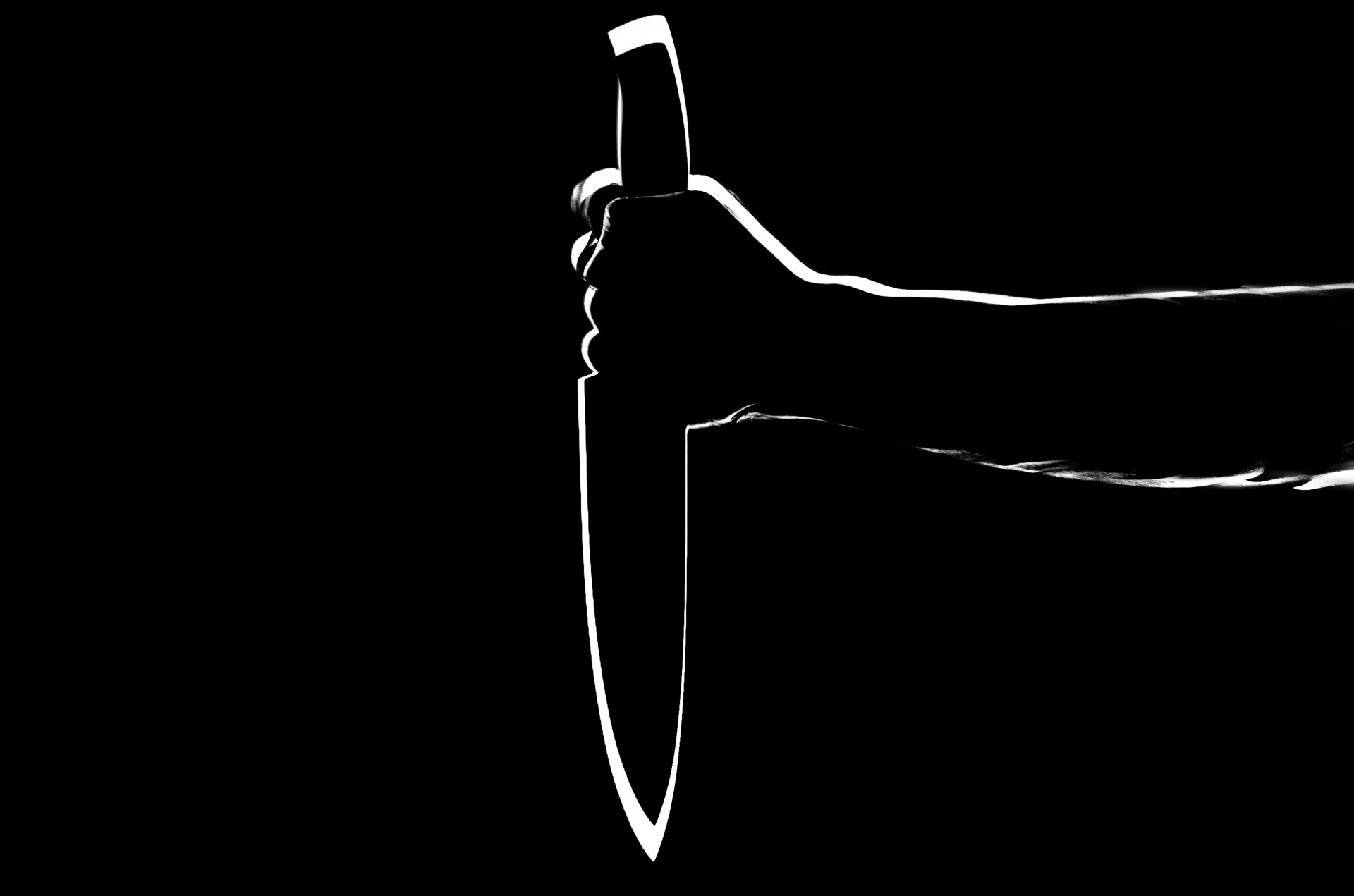 First, you’ll have to find a few friends to participate with you. It’s best if you check with them first – you don’t want to send them an invitation and never receive an RSVP. Every guest is important.

Next, choose a theme. There are a host of themed events to choose from, from proms gone bad to red carpet murders. Absolutely any theme imaginable is out there. There are gay-friendly mysteries, “trailer park tragedies” and even mysteries set in medieval times. You can either download these kits from the internet, or you can use mail order.

Prior to your dinner, each guest will receive, in the mail, a detailed character description. He will be given information about what his role is to be at your murder mystery dinner. The fun part is that you won’t know ahead of time. You can help solve the crime, too!

Whatever you choose, set the mood. Be sure that your home fits the theme. Hosting an 80s themed prom murder mystery dinner? You rock those puffed sleeves, sister! Most importantly, have fun!

If you want to learn more about how to host your own murder mystery group, look to message boards online. Again, there are thousands of people who host these events next year. Look them up on forums and social media to learn tips and tricks to make your dinner party a success. 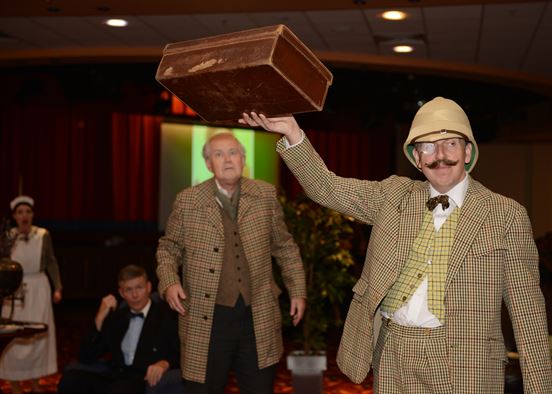 In mid-2017, a woman and her husband were celebrating their anniversary on a cruise ship. Kristy Manzanares, her husband Kevin and their three daughters were on a cruise ship bound for Alaska. It was, you guessed it, a murder mystery dinner themed cruise.

As the show played out aboard the ship, passengers were unaffected by the sudden calls for emergency and medical assistance. Assuming that it was a part of the show, most guests simply carried on what they’d been doing.

However, on a cabin balcony just yards away, Kristy Manzarenes was lying in a pool of blood, her skull bashed in. Her husband has since confessed to the murder, claiming that she would “not stop laughing” at him.”

So how likely is it that someone will use a murder mystery dinner as a cover up for another crime? Not very, actually.

The death of Kristy Manzarenes was an unusual event, and isn’t the norm. Murder mystery dinners are, in fact, quite safe and quite fun! Most dinners are hosted by well-known acting troupes, and each of these events are attended by thousands of people each year.

If you’re ever feeling clever and want a night out, try one of these dinners. You can find these events across many venues, in many cities. Colleges and Universities frequently host these dinners, as do civic clubs and even churches.

Are our assurances still not enough? That’s okay, you can still host one at home. Our best recommendation to you is this: before your event begins, call each of your friends (you may need as many as 20 guests) and make sure they’re fully aware of what they’re supposed to do. There’s nothing more embarrassing than being confused about a role.

Once your home is decorated, your guests are confirmed and your caterer is booked, there’s nothing more for you to do! Just enjoy the company and sit back as you all try to solve the crime!

Previous Launch of Ways to Die: A Lighter Look at the Dark Side of Life