The Laci Peterson Murder: Who Did It (Verdict, Truth, Full Story) 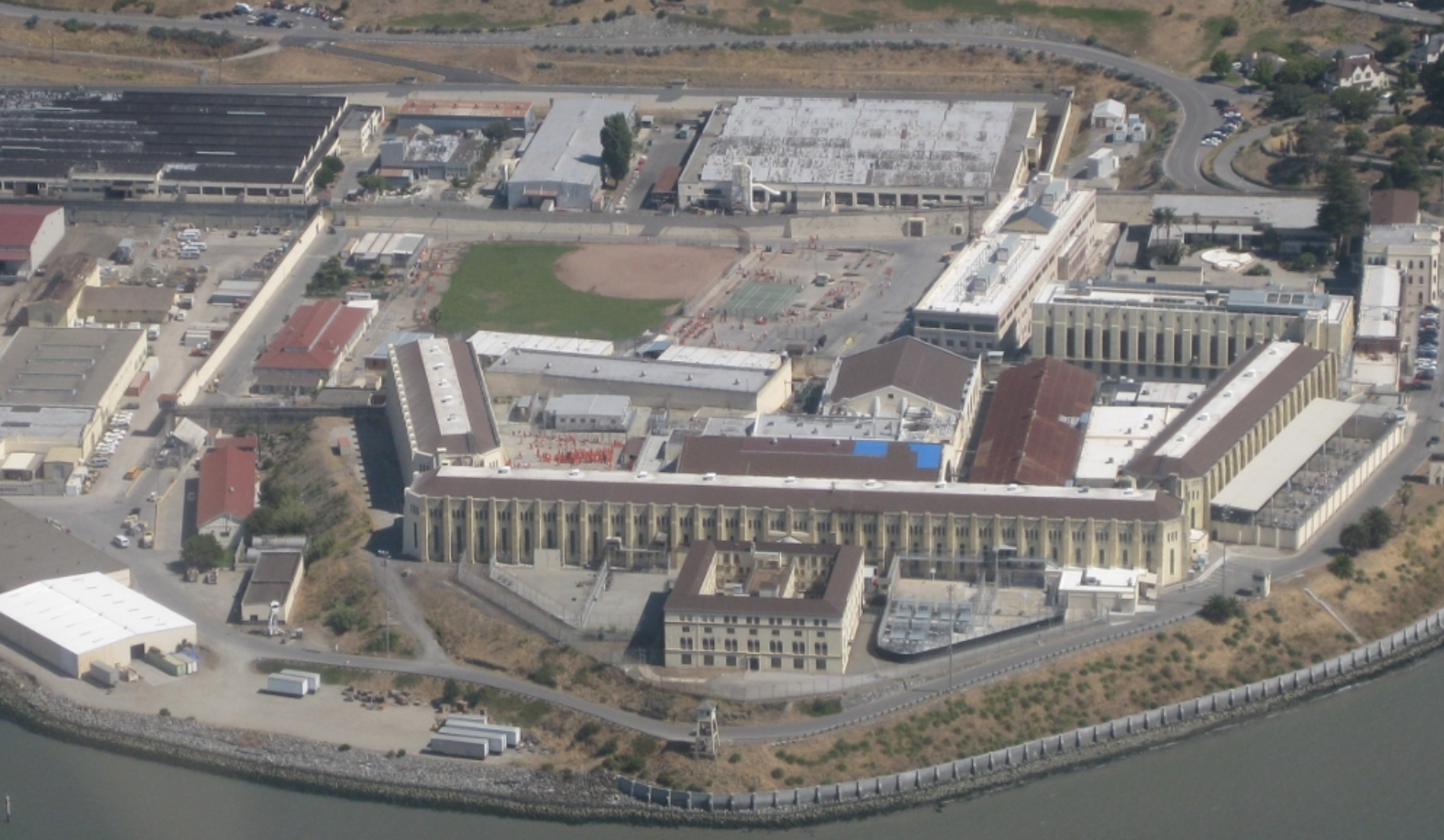 Every now and then, a murder occurs which is so grotesque that the whole world can’t help but tune in to the story. That story becomes something of a global event.

The Laci Peterson murder was one of those killings. The day before Christmas in 2002, this pregnant California woman was reported missing. Everyone watched to see what would happen next.

Who was Laci Peterson?

Laci Denise Rocha was born in Modesto, California in 1975. She had a brother, Brent, and a stepsister Amy. Her parents were divorced, but Laci’s early life wasn’t altogether different from most other kids.

Growing up, Laci Rocha spent quite a bit of time on her father’s dairy farm. She was a cheerleader in junior high school and high school, and was, by all accounts a smart and sweet girl. She graduated from Thomas Downey High, then continued on to college for a degree in ornamental horticulture.

While in college, Laci met Scott Peterson, and the two were quickly engaged. They were married in 1997, just prior to Laci’s college graduation. Wanting to begin a new career, Laci was hesitant to try to start a family. But, eventually, Scott and Laci Peterson decided to try to begin.

It took a while for Laci to become pregnant. She finally did conceive in 2002.

The Disappearance of Laci Peterson

Laci Peterson was 8 months pregnant when she disappeared. Scott and Laci were an “ordinary” couple. They, as do most married couples, had fallen into routines, and had friends in the area.

Not long before Christmas in 2002, Scott Peterson returned home from fishing to find his wife’s purse, wallet and keys on a table in the house. She had told him earlier that she’d planned to head out for groceries, as the couple were to host a holiday party.

Scott Peterson gave several accounts of what he’d done upon coming home from fishing. In one report, he washed his clothes and showered. His accounts of Laci’s activity prior to him leaving varied as well. One said she was mopping the floors, and in another he stated that she had been styling her hair.

At around 5:20 Scott Peterson called Laci’s stepmother to ask if his wife had visited. In that call, he told the woman, Sharon Rocha, that Laci was missing. Search parties were ultimately sent out, and rewards offered for information regarding her disappearance.

But it wasn’t until months after Christmas, in April of 2003, that the truth about Laci Peterson came to light. 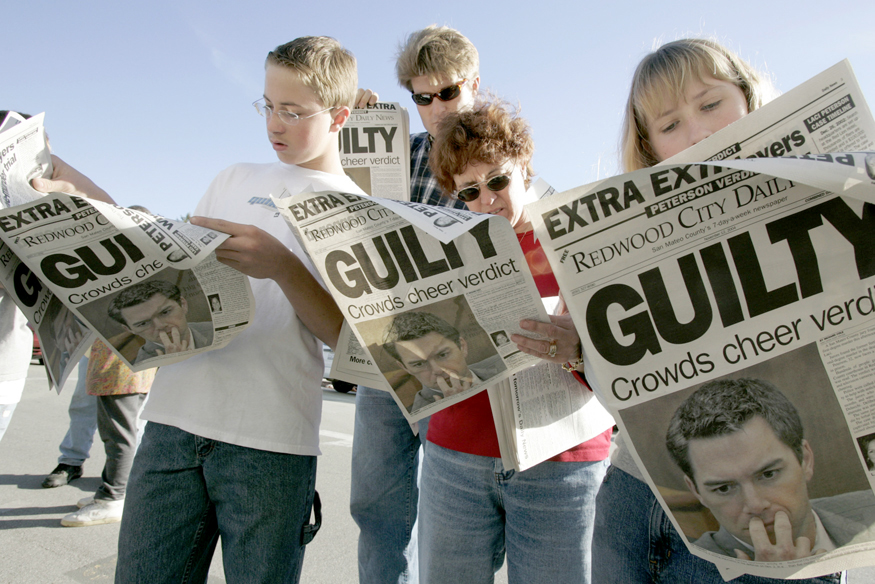 On April 13, 2003, the body of a fetus was discovered by a couple walking their dog. The following day, the body of a woman in a maternity bra washed ashore along the San Francisco Bay, close to where the fetus had been found.

The body of the fetus was found with nylon tape around the neck. The body was described as “gelatinous” and forensics pathologists state that it “came apart very easily.” The outer skin was almost transparent.

The fetus still had all of its limbs and organs, however, unlike Laci Peterson’s body. The woman had been decapitated, both her forearms were missing, the right foot severed and the left leg missing from the knee down.

In addition to having been dismembered, Laci Peterson also appeared to have been disemboweled. Two cracked ribs presented themselves in the forensics examination. It was initially thought that the body of the fetus, Conner, had been naturally expelled after Laci’s death. But upon further examination of the badly disfigured body, investigators soon realized that Peterson’s torso had been emptied of organs. The fetus slipped out through a now rotting uterus.

How Did Laci Peterson Die?

The body of Laci Peterson was discovered in such a state that it’s impossible to know how the woman was killed. It became quickly obvious that she had been murdered, and the investigation into who might have done this began.

From the very beginning, Scott Peterson was reluctant to speak to the press, even refusing at times. Many thought this was simply because he was distraught over the murder of his pregnant wife Laci. However, soon Scott came under suspicion.

Photos surfaced of the man with another woman. Friends and family began to question Scott’s suggestion that Laci was missing so soon. In fact, it wasn’t but an hour or so after Scott returned home from fishing that he began to use the term “missing.”

What finally led investigators to believe that Scott Peterson was responsible for the death of his wife was evidence of a string of extramarital affairs. Laci had known about one of these affairs, but there were many; one mistress was Amber Frey.

On hearing that Scott Peterson was under suspicion for the death of Laci, Frey came forward to the police. She told law enforcement that on December 9, 2002, just weeks before Laci’s death, Scott had referred to himself as a widower, and that it would be his first Christmas alone.

The Arrest and Conviction of Scott Peterson 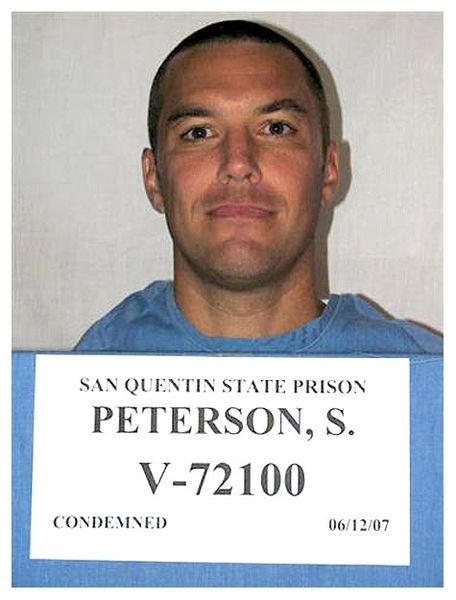 On April 18, 2003, Scott Peterson was arrested. This wasn’t an unexpected event – anyone who knew the story knew it was coming.

What was unexpected, however, were the contents of Scott Peterson’s car. He had claimed he was headed to golf with his father and brother. But what was in his Mercedes told another story. Law enforcement found almost $15,000 in cash, as well as survival and camping gear, four mobile phones, several driver licenses and a stockpile of Viagra.

Scott Peterson has appealed the charges. However, he is currently on death row in San Quentin State Prison. His appeal is expected to fail, and he is scheduled to be executed by the year 2021.