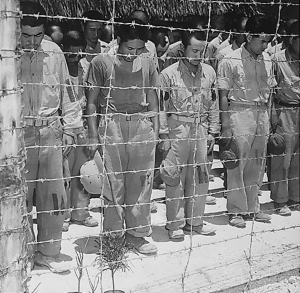 Here on Ways to Die, we’ve explored cannibalism in America and in Germany. Throughout history, humans have resorted to cannibalism as a way to survive, and some deranged individuals have actually taken pleasure from it. In fact, victims have volunteered to be cannibalized.

Cannibalism isn’t limited to North America and Europe, though. There are notable cases of cannibalism throughout the centuries in Asia, Africa and Australia as well. Interested in learning about Japanese cannibals? Read on to find out more.

The goal of the Ways to Die website isn’t to debate politics, or to tear apart news stories. We remain unbiased, as we believe that humans from all cultures are prone to come unhinged.

Most recently, news surfaced of a restaurant in Japan scheduled to become the first to legally serve human meat. The story made headlines as the restaurant, presumably called “Edible Brother,” was scheduled to serve up human flesh.

As it would turn out, the story was “fake news.” The report originated from a Spanish language publication, and there was no truth to the claims. There is, unfortunately for those who are curious, no Edible Brother in Tokyo or anywhere else.

Back in 2012, an illustrator initiated one of the most stomach-churning publicity stunts of all time. Mao Sugiyama prepared a meal for his fundraisers: his penis, testicles and scrotum. He served these up to five investors. Those investors had each paid the equivalent of around $250.

Obviously, there are accounts of Japanese cannibals, both true and false. The country has had three notable cannibals who were achieved infamy because of their dietary choices. They are Tsutomu Miyazaki, Issei Sagawa and Yoshio Tachibana.

In recent Japanese history,Tsutomu Miyazaki terrorized Japan. Also known as the Otaku Murderer and the Little Girl Murderer, he committed a string of crimes between the years of 1988 and 1989.

Miyazaki had a bit of a troubled past. He was the result of an incestuous relationship between his father and one of his sisters. Because of this, he suffered physical abnormalities, including deformities in his arms and hands.

Miyazaki had a close relationship with his grandfather, but upon the senior man’s death in 1988, Miyazaki became depressed. It was then that his crimes began.

Between the years of 1988 and 1989, this Japanese serial killer murdered four girls. The children were randomly selected, though all were between the ages of four and seven. Once the girls were dead, Miyazaki would send detailed accounts of the murders to the parents.

After killing the children, Miyazaki proceeded to sexually assault them. Sometimes he would bind and tie them. Other times he’d photograph the corpses. Often, he’d take their clothing as a souvenir.

One of the little girls was of special interest to Miyazaki. After her death, Miyazaki drank her blood and ate a part of her hand. The girl’s body was dismembered, and her torso left in a nearby cemetery. Her head was disposed of in the hills.

Miyazaki was arrested in 1989 when he attempted to molest another little girl. He was promptly sentenced to death, and Miyazaki was executed by hanging on June 17, 2008.

Issei Sagawa was born in Japan in 1949. He is best known as a murderer who killed and ate the flesh of a woman named Renee Hartevelt. He is the second most notorious of Japanese cannibals.

As a younger man, Sagawa committed acts of bestiality with his dog, as he confessed in an interview. Then, at the age of 23, his cannibalistic tendencies began to show. He followed a German woman home with the intent of “tearing a small piece of her flesh.” The woman had been sleeping, but she was awakened by Sagawa. Sagawa was charged with attempted rape.

In 1981, Sagawa was more successful in his attempts to taste another human. While visiting Paris, Sagawa invited a friend, Renee Hartevelt, to his apartment. He claimed to want to study poetry with her.

Sagawa chose his victim because he wanted to “absorb her energy.” Hartevelt was young, healthy and beautiful – all the things Sagawa believed he was not.

As Hartevelt read poetry with her back to Sagawa, the latter shot the woman in the neck, then passed out at the sight of the blood. When he awoke, he determined that he would carry out his plan to cannibalize her.

Sagawa ate from the body of Renee Hartevelt for two days, keeping her body fresh in the refrigerator. When he determined he was finished, he attempted to dump her body in a lake in the Bois de Boulogne.

Unfortunately for Sagawa, the police spotted the man toting suitcases. Those suitcases contained the remaining body parts of Renee Hartevelt.

Sagawa was psychologically evaluated, and it was determined that sexual perversion was the reason for his crime. The French government dropped charges. Sagawa is now 68, and has never served prison time.

Before Sagawa and Miyazaki cannibalized their victims, another famed Japanese cannibal became famous. Yoshio Tachibana was a lieutenant general in the Japanese army in the early part of the 1900s.

To put it bluntly, most didn’t care for Yoshio Tachibana. He was known as an irate, alcoholic and fearsome leader of his men. And in 1945, he became known as one of the most infamous of Japanese cannibals.

The Allied naval blockade of 1945 caused Japanese troops in Chichijima to run low on supplies. The rations of rice were reduced. However, historical accounts prove that these rations were well above the necessary nutrients to prevent starvation.

Still, Yoshio Tachibana resorted to cannibalism. He ordered his men to torture, kill and cannibalize prisoners. This wasn’t to reduce the risk of starvation. In fact, it was an act performed to boost morale.

Two of the prisoners were publicly beheaded. Their livers were removed in a ceremony, and were served with soy sauce, sugar and vegetables.

Yoshio Tachibana was later tried for his war crimes. He was hanged in Guam on September 24, 1947.