Easy Ways to Die (Meet the Grim Reaper with a Smile) 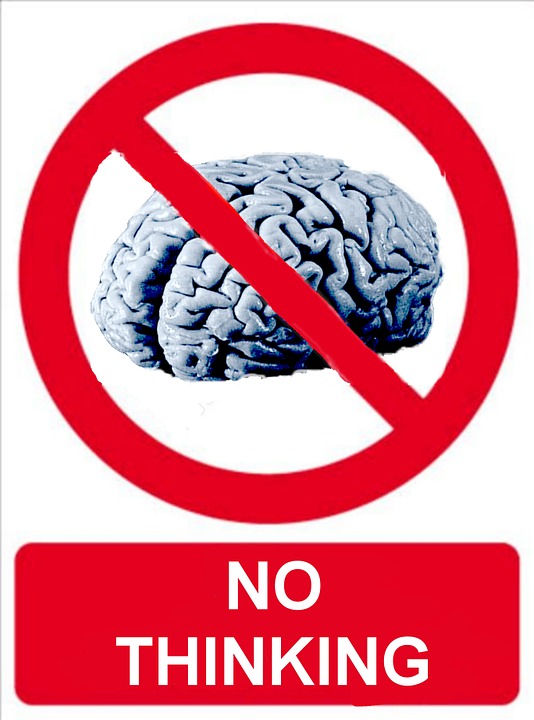 No, it’s not what you think. We’re not going to spend the next fifteen minutes telling you how to find easy ways to die. Instead, we’re going to take another look at the lighter side of death. We’ve talked about the worst ways to die. Being burned alive and being electrocuted rank among what are, as a matter of opinion, the worst ways to die. But what about people who had it really easy when they left the world?

Here are just a few examples of people who did a really good job of finding a simple, peaceful and painless way to die.

Have you ever laughed so hard at one of your own jokes that you found yourself doubled over, struggling for air? Well, maybe that’s just us. But there have been a few documented cases where laughter is not the best medicine.

One of these instances was Damnoen Saen-Um, an ice cream truck driver from Thailand. Damnoen Saen-Um spent his days bring joy and sugary snacks to kids in the neighborhood, and must have enjoyed his life.

One night, as Damnoen Saen-Um was sleeping, he started laughing. Apparently he was dreaming about something that was extraordinarily funny, because he couldn’t stop. Imagine his wife’s confusion as she tried to wake Damnoen Saen-Um – despite her best efforts he wouldn’t open his eyes. She later reported that he laughed or a solid two minutes before he finally died.

When you laugh, and particularly when you laugh hard, your heart will miss a few beats. Usually, the body will regulate and your heart will reset and commence beating. But in some cases, that won’t happen. It’s thought that Damnoen Saen-Um’s heart just couldn’t take the humor in his dream.

Of all the ways that a person could possibly die, we think this ranks among the best and easiest. Dying in your sleep while having what must have been an exceptionally good dream is definitely an easy way to die.

Sometimes you just can’t wait to get home. In 1999, Romanian soccer midfielder Mario Bugeanu and his partner were just getting in from an afternoon out. The date must have gone really well, because Bugeanu parked his car in the garage, closed the car door, and he and his partner decided that that was as good a place as any to participate in some “aggressive cuddling.”

These Romanian 20-somethings didn’t understand that leaving the car running would ultimately lead to their demise. The couple was found, still “snuggling,” the next morning. This couple had it good. They died doing something they love, and they were probably unconscious when they died. We just wonder if she got mad at him for falling asleep during the act.

Bugeanu and his girl died of carbon monoxide poisoning, but this type of amorous death isn’t uncommon. Other causes of death include heart attack and asphyxiation. Fortunately, Bugeanu found what was ultimately an easy way to die. 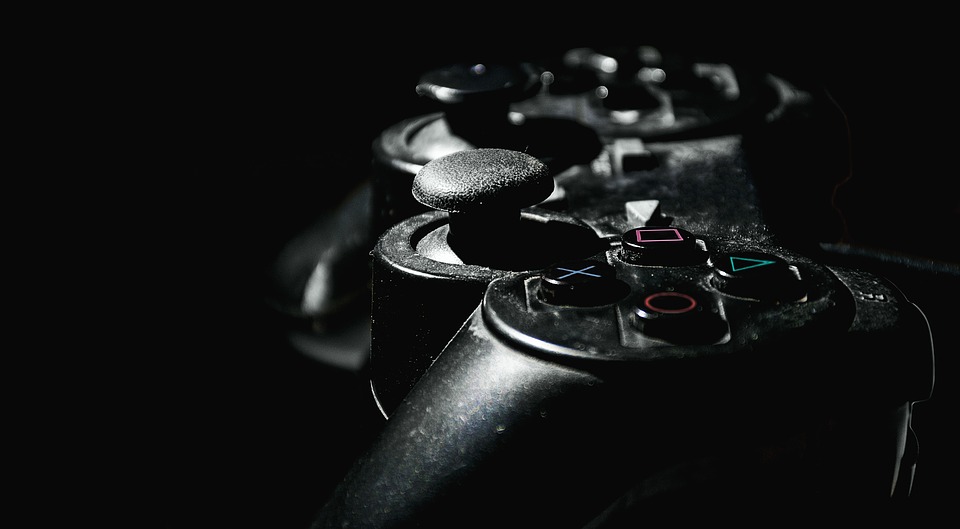 One of the most easy ways to die is doing something you love. That’s the case for these victims, who may go down in the history books as some of the most hardcore gamers.

In 2011, UK gamer Chris Staniforth died while playing Halo for a very, very long time. Staniforth was known to sit for 12 or more hours at a time and become immersed in his Xbox game. He finally stood up to stretch his legs, when he was killed instantly by a blood clot which had travelled to his lungs. It’s unclear whether he was trying to beat Prophet or Tartarus when he died.

If you think 12 hours is a long time to sit in front of an Xbox, you haven’t heard about 330 pound, 26 year old “Zhang” from China. (His first name was not released.) In 2007, Zhang embarked on an epic quest to have the best holiday break ever. He parked himself in front of a console for an entire week – that’s 650 hours – only getting up to eat Ramen noodles and use the bathroom. He died of heart failure before his vacation was over.

Finally and most unfortunately, 35 year old Brian Vigneault died of a heart attack while playing the video game Twitch. Our hearts go out to Brian’s family, as the gaming binge was part of a 24 hour long marathon to support the Make-A-Wish Foundation. Vigneault was 22 hours into the 24 hour marathon when he stood up to take a cigarette break.

All three cases of examples of people dying doing what they love. But may they also serve as a warning: put the Red Bull down, turn the console off, and please go take a walk.

Eating Yourself to Death

No, we’re not talking about obesity, a real cause of disease and death. We’re talking about people who truly and actually ate so much that they died.

Aldolf Frederick is one of the earlier cases of binge eating gone awry. In 1771, the King of Sweden was prepared a feast fit for a crowd. But instead of sharing, he chose to eat the food himself. Lobster, sauerkraut, kipper and champagne were on the menu. We’re getting heartburn just thinking about it. For dessert, Ol’ King Adolf ate 14 portions of semla with almond paste and served in hot milk. He died that day of digestive problems. No kidding. While maybe this isn’t the easiest way to die, at least his last meal was a good one.

Another case of overeating to excess is Anne Marie Boules. Miss Boules was a 19 year old model from Kansas, and had suffered from bulimia. As a symptom of the condition, she would frequently binge and purge in order to keep her 5’9’ body down to an unhealthy 110 pounds. One day in 1994, Boules spent 4 to 5 hours consuming an entire fried chicken, a gallon of ice cream, a head of cauliflower with cheese, two pints of beer and more – a total of 20 pounds of food. That’s right, she consumed a fifth of her own body weight. In the end, her stomach hemorrhaged and she died within 20 minutes. Again, probably not a particularly easy way to die, but she enjoyed her food.

Maybe one of the scariest things about death is the thought that you might see it coming. Falling from a tall building, for example, would be terrifying. So would being a passenger on a plane with engine trouble. So it stands to reason that an easy way to die is an even that you don’t see coming.

In 1988 Buenos Aires, a woman, Marta Espina, was killed when a dog jumped from a 13th story balcony. The dog landed on the 75 year woman’s head, and she was killed instantly. Unfortunately, this woman was the only easy death that resulted from the incident. Seeing the incident occur, 46 year old Edith Sola turned to gawk. She was hit by an oncoming bus. A man who witnessed Sola’s death had a heart attack and died at the scene.

Here’s another instance of death by dog – sort of. In July of 2014, a South Dakota man died after choking on a hot dog. Now, this was no ordinary hot dog. It was one of dozens of hot dogs on a plate before him in the Custer Chamber of Commerce’s hot dog eating contest. Walter Eagle Tail died within just a few minutes of choking on the last hot dog he’d ever eat, so this death, too, was quick and painless. The Custer Chamber of Commerce cancelled the pie-eating contest which had been scheduled for the same week.

Dying in Your Sleep

If you could choose one way to die, wouldn’t it be to die in your sleep? You’d never really know what was happening. There are a few times that this has happened to a few (un)fortunate souls.

In 1999, An Italian resident of Amsterdam wanted to sleep on the roof. It was a warm summer night, and this man preferred to sleep in the open air, under the stars. He climbed out onto the roof of his apartment and snuggled into a nice cozy spot. Soon after he fell asleep, he rolled off the roof and fell to his death.

In 2014, Kelly Tarpey died in her sleep. She had had a close relationship with her father, John Thompson, but unfortunately he passed away of a heart attack just seven weeks prior. Tarpey was a 36 year old, physically fit and otherwise healthy woman. Her husband found her one March morning when he attempted to wake her up for work.

Frank Medeiros of Massachusetts lived a good life. Previously married and divorced, he married his second wife, Phyllis in his later years. Phyllis, unfortunately, was diagnosed with brain cancer, and following the diagnosis her condition escalated quickly. She died on Thanksgiving of 2010. Just a month later, Frank was being brought to Christmas dinner by family, and fell asleep in the passenger seat. He never woke up, and the cause of his death was never determined.

While death by firearms isn’t necessarily on the top ten list of the best ways to die, playing with firearms is stupid, and one of the most easy ways to die.

In 1978, Terry Kath of the band Chicago chose to play with guns. He had a history of drug and alcohol abuse, and was likely not sober at the time of his death. Kath was at a party, and began playing with an unloaded .38 revolver. Putting it to his head, he pulled the trigger. Next, he found a semiautomatic 9 mm pistol and did the same. Putting it to his head, he assured his friends that it wasn’t loaded, and that there was no cartridge. He pulled the trigger. Unfortunately for Kath, automatics, by definition, automatically chamber a bullet. He died at the scene.

In 2000, a similar even occurred. Rashaad from Houston, Texas was at a party. After a bit of beer, he decided to play Russian roulette with a .45 semiautomatic pistol. Not realizing that the bullets would automatically insert a cartridge, he pointed the gun at his head and pulled the trigger. 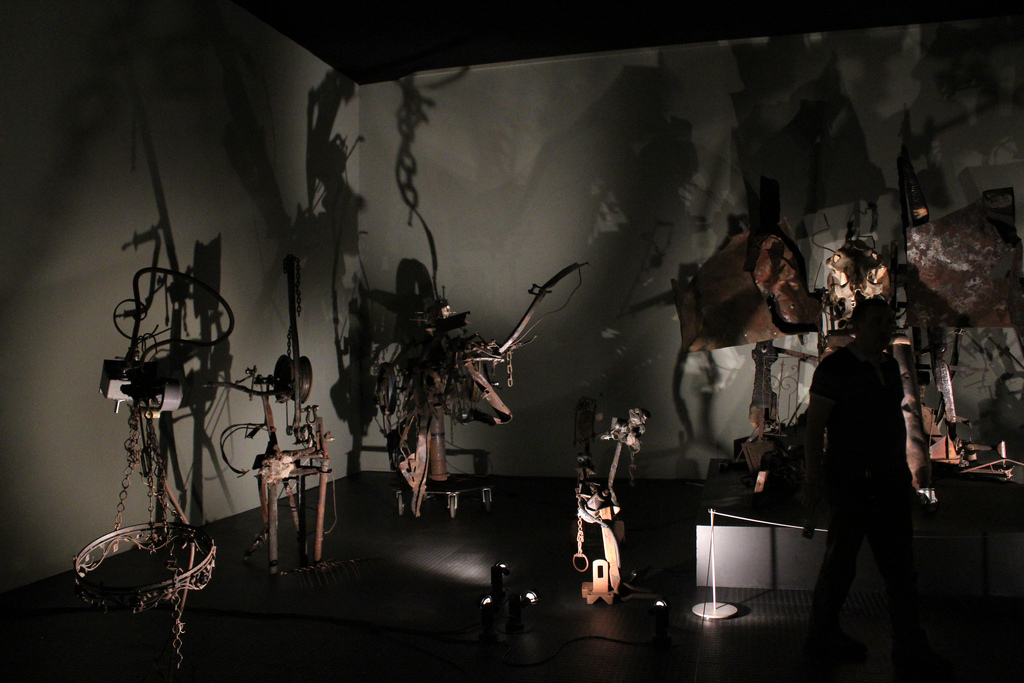 Finally on our list of the most easy ways to die is anesthesia. While it’s rare, it’s possible for a person to go into the hospital for a routine procedure or surgery, or even to the dentist for regular care, and never come back out.

Now, we’re not talking about death because of an allergy to the drugs. That’s a whole different animal. What we mean is, essentially, an overdose of anesthetics, which will slowly but surely cause you to feel nothing at all.

Death by anesthesia usually occurs in the elderly, young children or in those who have pre-existing medical conditions. Anesthetics will cause your blood pressure to drop significantly, and will slow your breathing. In large doses, this will lead to death.

Easy Ways to Die: For Your Entertainment

We do a lot of research at Ways to Die. And that research sometimes takes us to some dark places, both on the web and in our own conversation. We’ve said it before, and we’ll say it again now: death is not an easy subject.

If you came across our list by searching “easy ways to die” on the internet, we can only assume that you’re just looking for a bit of amusement. We at Ways to Die have a pretty collectively morbid sense of what’s entertaining, and we can understand this.

But we would be remiss not to address another possibility. If you entered those search terms for any reason but pure entertainment, we want to strongly urge you to get help. Call a hotline or talk to a friend; every struggle is different, but there is someone who can help you. And if you still need a little cheering up about the dark side of life and the light side of death, take a look at our Worst Ways to Die and Dumb Ways to Die. These two articles should make you cringe and smile in equal measures.