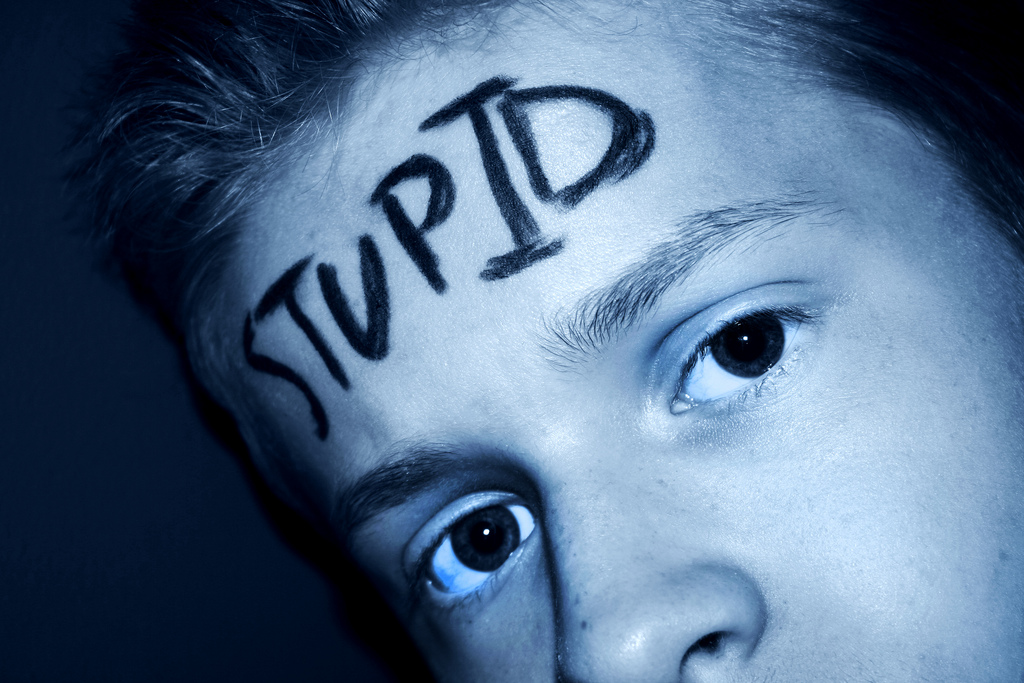 There’s little that’s funny about death. It’s a sensitive and a serious topic. But we believe that with every bit of darkness, there’s also a measure of levity. With that in mind, and with your understanding that we have no intention but to bring humor to an otherwise morbid and sad subject, we would like to present you with a top 15 list, if you will, of Dumb Ways to Die.

Alcoholism is a serious affliction, and it’s said that those with the disease often drink themselves to death. But why take a lifetime to do it? Alan of Sydney, Australia had a different plan. He earned himself a spot on our list of dumb ways to die.

In 1999, a Sydney bar hosted a drinking competition called Feral Friday. Points for the competition were awarded on a scale of 1 (beer) to 8 (hard liquor). Given a little over an hour to imbibe as much alcohol as humanly possible, one man took the contest a sip too far.

Alan, a 33 year old IT professional, “won” the contest with a score of 236. Obviously drunk, his friends urged him to sleep off his stupor. Alan never woke up. Post mortem tests revealed a blood alcohol level of .35%.

In the same year that Alan embalmed himself in a drinking contest, equal and opposite acts of stupidity occurred in the United States.

Daniel, a former firefighter, experienced what he thought was a spark of ingenuity. He wanted his job back. Daniel and a few of his closest friends contrived a plan to set a house ablaze and then subsequently extinguish the fire. Apparently the fire chief was extremely hard to please.

Unfortunately, Daniel’s plan went up in flames when he was trapped inside the house. Surrounded by his own creation, the former hero died inside the home.

His friends are facing 87 years in a fireproof correctional facility. 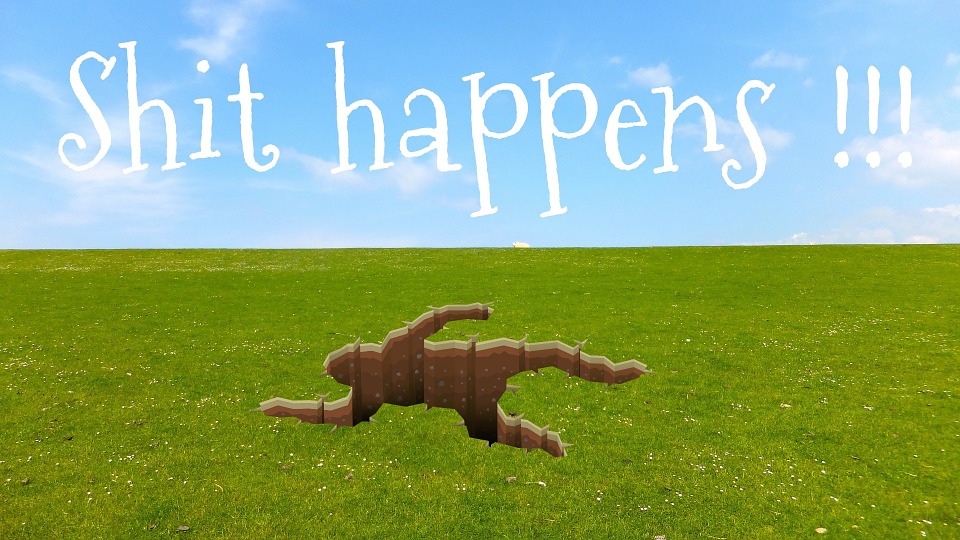 Canada celebrates Canada Day in the summer of each year. To celebrate the holiday weekend, Canadians flock to participate in outdoor activities, like fishing and boating.

One unidentified family had planned for a relaxing day of boating on Lake Superior. Dad and Mom, along with their kids, enjoyed an afternoon in the sun.

Until, that is, Dad got hot. He turned off the boat’s motor and dove into the lake. Unfortunately, Dad was over his head. He had apparently forgotten that he’d never learned to swim. As the boat drifted away in the Canadian breeze, he realized that he’d also forgotten to teach his wife to operate the boat.

Dad went overboard in an attempt to cool off, and drowned on Lake Superior.

A surprisingly high percentage of the population collects steel from public dumpsters to sell to scrap dealers. The dealers pay well, and usually don’t ask questions.

Most people who sell steel will visit dumpsters or buy junk cars for resale. But one entrepreneurial gentleman just outside of Prague had a better idea.

Entering a gold mine, our thief noticed a great deal of heavy steel cable. The cable was tightly attached to tethers, and rose high into the granary above.

Common sense would dictate that this steel cable was holding something very heavy which perhaps couldn’t be seen in the darkness. But our thief had steel resolve, and began hacking away at the cable.

After hard work and persistence, the thief succeeded in cutting the cable. The counterbalance was released, and was the kind of heavy metal our thief didn’t see coming.

A rite of passage for every kid is to inhale helium and talk like a gerbil for just a minute. If you didn’t do that, there’s a good chance your parents never gave you a birthday party.

But as we grow older, we realize that inhaling helium is most appropriate for those in the 6 year old range. Sara and Jason, Florida college students, were out for a walk. They noticed a giant helium balloon which had been left from an advertising campaign.

Perhaps the two were already experiencing a bit of oxygen depletion when they decided to climb inside the balloon. We imagine that Sara and Jason giggled like toddlers at a birthday party as they squeaked about inside the helium filled balloon.

Unfortunately, the fun didn’t last long. Sara and Jason were found with their feet protruding from the balloon. They were subsequently added to our list of the top dumb ways to die. 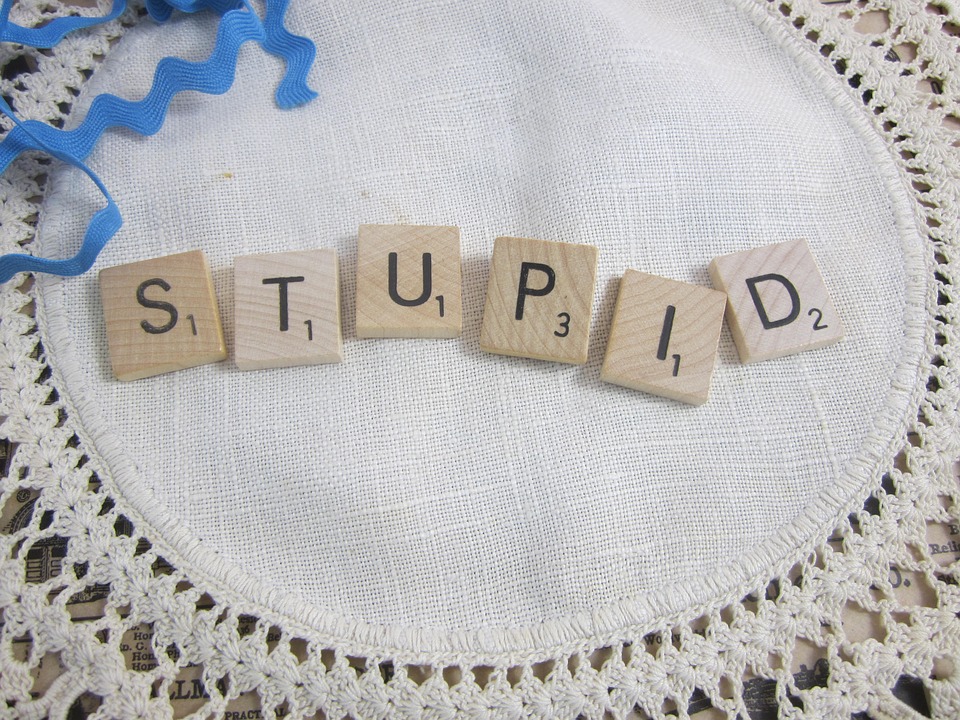 Celebrating the 4th of July in dangerous on many levels. Think about it – what could go wrong? You could fall victim to an exploding propane tank. You could choke on a hot dog. Or you could be injured by fireworks.

The risk of injury from fireworks increases exponentially, however, when you choose to launch them from your head. Such is the case of a 22 year old man in a small town on the Canadian border.

Celebrating the holiday got a bit explosive when Devon decided that, to make friends laugh, he’d take advantage of Maine’s repeal of the 60 year ban on fireworks. Lighting the explosives atop his head, Devon never saw the lights.

Devon’s bright idea may have been launched by drugs, alcohol or sheer stupidity. Regardless, we’re guessing that Devon’s family is rethinking their plans for future celebrations.

One unlucky employee of a Canada Beer Store location had such an experience. He was tasked with washing a liquor delivery truck, and inside the truck he spotted a blue liquid inside a vodka bottle.

Ordinary people might think, “Hey, wait. Vodka’s not blue.” But our guy was thirsty. He took a sip of the drink, and was hooked. He continued to drink from the bottle for the next several days until finally overdosing on methanol in the hospital.

The moral of this story is that if you see a blue liquid in a truck at a car wash, it’s probably not vodka. It’s probably windshield wiper fluid. Steer clear.

Also in the top dumb ways to die is our segment titled “how not to protest.” In New York, a group of about 550 bikers were riding without helmets in an attempt to protest laws requiring the protective gear. One rider, Phil, found it necessary to suddenly apply his brakes.

Mr. Phil flipped over the handlebars of his motorcycle, hit his head, and died.

As a result, the law remains unchanged.

Larry and Silas, in 2000, were practicing sharpshooting in the backyard one day. They decided to reenact William Tell’s famous “shoot an apple off the head” scene. In lieu of an apple, Larry balanced an (empty, of course) beer can on his head, and challenged his friend to shoot it. 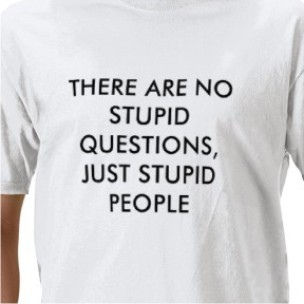 Recounting the most dumb ways to die leaves us with little faith in humanity at times. Consider, for example, the case of Polish braggart Krystof.

Krystof claimed to be the most manly man in all of Europe. After a long and cold night of (naked) drinking, Krystof and his friends decided to play a game. To determine which man was the most macho, they began chucking frozen turnips at each others’ heads.

Before long, the men decided that that wasn’t good enough. Turnips could not a true man make. So a friend of Krystof’s grabbed a chainsaw and cut off part of his own foot.

In an ultimate display of “hold my beer,” Krystof took the chainsaw from his friend. Swinging the chainsaw around, he proceeded to cut off his own head.

Ever had so much to drink that you’ve forgotten how much you’ve drunk? Such is the case of Michigan’s Christopher.

Our Chris was enjoying a night of particularly astound inebriation when he opened his liquor cabinet. When he noticed that there was much less alcohol in the cabinet than he’d anticipated, Christopher decided that it couldn’t be by his own hand.

Christopher quickly shifted blame to a neighbor, and confronted said neighbor with a knife. This had no result, so Christopher’s well-lubricated wheels began to turn. Christopher retreated to a bathroom, where he proceeded to stab himself with the knife. He called 911, and reported that his neighbor had attacked him.

To Christopher, the wound wasn’t serious enough. So he stabbed himself again. The second self-inflicted knife wound killed him within two minutes.

Some people are quite handy under the hood of a car. Knowing how to do your own repairs can save a lot of money. But if you’re going to bush fix a car, you may do well to have a bit of common sense as well.

Scott, a 39 year old British man, was one type of a mechanic. He had been having car trouble, and sometimes his engine wouldn’t turn. So the would-be repairman “fixed” his car.

One day, though, poor Scott missed a step. He’d forgotten to apply the brake in his vehicle. So when he touched those wires together, the car rolled right over Scott. He was crushed by his own pet project.

Being locked out of your house sucks. Especially when you’re drunk and high.

In 2004, a man in Wolfsberg experienced this unfortunate event. He had been out partying hard with friends, and found himself locked out of his own home.

So he did what most people would do. He entered through the kitchen window. Unfortunately, he forgot to consider his own size, relative to the window. The man attempted to come through the window head first. And while his head fit, the rest of him did not fit so well. He got stuck, and began to struggle. In his struggle, he turned on the water.

Police found the man, drowned in his kitchen sink. His keys were in his pocket upon discovery of the body.

Patience is a virtue. It can keep you alive, too.

Caught on security camera in South Korea was a 40 year old man who missed the elevator.

We watch on video as the doors to the elevator close. Seconds later, a man in a wheelchair approaches the door. Apparently unhappy that he’s missed the next ride down, the man proceeds to crash his motorized wheelchair into the elevator door.

Finally, we watch as the man backs up his wheelchair for one final push to the door. The doors give way, but the elevator has left the floor. Our 40 year old’s wheels were faster than his brain, and he fell to his death.

Michael Anderson Godwin had been sentenced to death by electric chair upon conviction of murder. An earlier conviction of Godwin’s had been overturned, though, and his sentence was reduced to life in prison.

Life in prison can be boring. A man needs entertainment. But Godwin’s headphones weren’t working, so he attempted to fix them.

While sitting on the metal toilet in his cell, Godwin bit into headphones, which were connected to his television. Doing this created a homemade electric chair.