Deaths Caught on Camera: People who Died on Live and Recorded TV 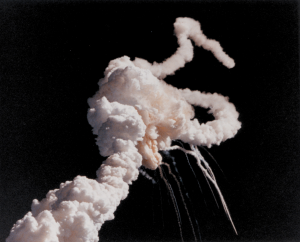 Sometimes on Ways to Die, we make light of death. It happens to everyone – it just can’t be helped. But we do understand how traumatic it can be to witness the death of another person.

Christine Chubbock was 29 years old, and a television reporter for WXLT-TV out of Florida. She was a theater arts major who is said to have done well in school.

However, in her adult life, Chubbock began to display signs of depression. She had spoken to her family several times about her depression, though she didn’t go into detail about her intent. In 1970, she finally attempted suicide by overdosing on drugs.

The suicide attempt failed, and Christine Chubbock lived. Following that attempt, Chubbock was met with a series of events which, to an emotionally healthy person, would have been written off as simply bad luck.

She was a 29 year old virgin, which made her feel undesirable. Her first boyfriend had died in a car accident, and her second and last boyfriend had broken off the relationship. She later developed a crush on a co-worker, but her affections weren’t returned. Overall, she had a lot of friends, but felt as if her social life weren’t enough.

In June of 1974, Chubbock approached her news director about the possibility of broadcasting a piece on suicide. He agreed, and on July 15 the piece was aired. In a statement to the viewing audience, Chubbock said

In keeping with Channel 40’s policy of bringing you the latest in ‘blood and guts’, and in living color, you are going to see another first-attempted suicide.

She then put a .38 caliber revolver to her ear and pulled the trigger. She was pronounced dead at the scene.

If you watch the news, you may remember this recent example of deaths caught on camera. On September 28, 2012, repeat offender Jodon Romero had stolen yet another vehicle.

Law enforcement was in pursuit, both on the road and by helicopter. Hundreds of thousands of viewers watched as the police attempted to stop Romero in his tracks and recover a stolen car.

For about an hour, 32 year old Jodon Romero led police on a chase through the dry Arizona outback. Finally, he stopped the car and began to run.

The scene was being aired on Fox News on a program hosted by Shepard Smith. If you had been listening to the broadcast, you would have heard Smith’s words:

But Smith’s pleas were too late, as there’s a lag between audio and visual communication. Jodon F. Romero had put a gun to his head and pulled the trigger as thousands of viewers looked on.

Not all deaths caught on camera are suicide, and certainly not all are planned or deliberate.

In 1984, British comedian and magician Tommy Cooper took the stage of Live from Her Majesty’s. He wore a cloak as he walked onstage, and the host of the show hid behind a curtain to assist Cooper as needed.

During his act, Tommy Cooper slowly collapsed. His assistant smiled at him as he did so, and the audience (as well as the assistant) believed it to be just a part of the act.

It was not. As the audience laughed, Cooper fell to the ground, gasping for air. Still in an uproar, the audience was stunned when the entertainer was physically pulled back through the curtains by the show’s staff.

Tommy Cooper was 63 when he died on stage and on camera in London.

You may be old enough to remember this one, as well. The launch of the space shuttle Challenger was one of the most widely broadcast. Millions of viewers around the world were at home, watching the television. Teachers in schools across America carted in televisions so that their students could tune in, too.

On January 28, 1986, the shuttle Challenger was launched from Cape Canaveral at 11:39 AM. As the world watched, the shuttle took off. For 73 seconds, the seven crew members rose higher and higher above the horizon.

Then a booster engine failed. The Challenger exploded in air and the seven astronauts never made it to space. Most of the crew survived the explosion, and rode with the fragments of the vehicle as it plummeted back to Earth. They made impact with the Atlantic Ocean at over 200 miles per hour, and there were no survivors.

One of the most notable deaths caught on camera was the assassination of John F. Kennedy. Riding in a limousine with the top down, the late President of the United States was headed to a luncheon in Texas. The motorcade assumed a slow speed so as to give onlookers a good chance to see the president and his wife.

As they rode through Dealey Plaza, a shot was heard. President Kennedy could be seen, raising his arms as if to cover his face. Two more shots were fired, and the President was dead.

President John F Kennedy had been fatally shot in the head by Lee Harvey Oswald. The assassination had been televised, and millions had watched as the President slumped over in his Secret Service vehicle.

Oswald was murdered two days later. Nightclub owner Jack Ruby shot the assassin as he was being escorted by law enforcement to prison. Interestingly, the murder of Lee Harvey Oswald was also caught on camera, and was broadcast on television.